What can you tell me about the show's first six episodes?
Carlton Cuse: Damon and I are designing the show as a sort of miniseason. We almost view the first six as a miniseries. And it's going to answer what we left hanging at the end of the finale. Obviously, we're going to explain what happened to Locke and Desmond and Eko, and sort of deal with the fact that Sawyer and Kate and Jack are in captivity. We really love the idea of having this little six-episode [arc], and we have a whole story design with a conclusion and a cliff-hanger that will hopefully keep the audience curious and hanging and excited about coming back in January for the longer run of episodes.

Are you happy about the scheduling move?
Cuse: We're ecstatic. We couldn't be happier. Damon and I got so many complaints last year from the fans about frustration over the repeats, and feeling so confused about when Lost was going to be on. The impatience of having to wait two or three weeks before the story could continue. Now when Lost is on, it's on.

Would you have liked to have gotten more then six episodes up front?
Cuse: The problem, ultimately, is that we physically cannot produce more than 22, 23 or 24 hours. We did 24 hours of the show last year, and it nearly killed us. We were simultaneously producing episodes 22, 23 and 24 at the end of the season with three different crews. It's such a hard show to make, and yet there are 35 weeks in the prime-time season. We wish we could make 35 episodes of Lost; we just can't. There are always going to be compromises in scheduling the show. And [ABC president] Steve McPherson decided, I think very smartly, that it would be way too long to wait until January to have the show back on again. That was the other choice: to come back on in January and run straight through to May, but I think it's better and more satisfying for the fans to have a pod in the fall. To not have to wait from May until January for the show to be back on. But we like it. We see those six episodes as a little miniseries, and it's going to be intense and hyped and high-octane.

Will Cynthia Watros (Libby) be back in flashback?
Cuse: We would love to tell more chapters of Libby's life, in the same way that you've got Jack's father's story. That character was dead from the word go, but that doesn't mean we haven't learned and seen his story over the course of the series. We would love to sort of finish up Cynthia's story, but if I were specific about that it would spoil the surprise of our storytelling.

Will the Oct. 4 season premiere pick up where we left off?
Cuse: We pick up where we left off, but obviously there are different stories on different parts of the island and, you know, we will get to all of them in the first few episodes. But like last year, we didn't deal with the raft survivors in the first episode. Not everything is going to be answered in the first episode. But the captivity story [with Jack, Kate and Sawyer] will definitely be addressed.

Where are you in terms of casting three new roles?
Cuse: We are right in the middle of it. We hope to have announcements next week. We're casting two female roles and one new male role. I can't tell you where [the characters] are going to come from, but obviously, one of the things we're doing this year on the show is... learning a lot more about the Others, and their society and their history. So it might be fair to say that you're going to learn more about some other characters who are also Others.

I hear we're finally going to get some romance on the show this season. It's the season of sex!
Cuse: Finally, yes! I wouldn't call it the season of sex, but I will say that romance will play a much more active part of the show this year.... We actually meant to get to it last year. We didn't really get to romance as fast as we thought we were going to. So, this year that's definitely on [our] agenda.

Are we talking Jack and Kate?
Cuse: I think actually one of these new female characters is going to be a romantic interest, possibly for Jack.

Is the empiricism vs. faith issue still core to the show?
Cuse: I think it's one of those issues that's never really resolved. I mean, I think, in essence, the show is constantly about empiricism vs. faith. Many of the things that happen on the show are debatable on that axis. Was this something that was supernatural, or is there a logical explanation – and which one is the truth? That's part of what Lost is all about, and we actually like the ambiguity of those story choices that we make because it allows the audience to sort of participate and engage in that debate themselves.

How will Locke be different?
Cuse: John Locke will be a very different person in Season 3. All of his questions and his doubts and his uncertainty have been answered. In fact, the button did mean something. And there was something at stake. And I think that will bring about a change in that character.

How big a role will Penny have?
Cuse: Penny is an important character in the overarching mythology of the show. I don't want to say too much about how much she's going to be in Season 3.

People also want to know what happened to that thing that ate the pilot in the, um, pilot.
Cuse: That was the monster. He wasn't really devoured. When we saw Greg Grunberg he was hanging 70 feet in the air on a tree branch. He was dead but he wasn't swallowed. The smoke creature and the monster are one and the same.

Are Walt and Michael gone forever?
Cuse: Not necessarily. They still remain a part of the overall mythology of Lost. But as to when we will revisit their story, that's not something I can answer. But we will not immediately be getting back to Michael's story.

Malcolm David Kelley will be getting older and taller. That has to be a consideration when you plan his story.
Cuse: It's something that we've accounted for.

What about Cindy the missing flight attendant?
Cuse: She's a personal favorite of yours, isn't she? I hope Cindy shows up at some point. Let's just say we have many actors on our show; she is not at the top of the list of actors we're servicing.

Any firm plans for J.J. Abrams to write/direct any episodes?
Cuse: J.J. is going to cowrite the premiere with Damon, and our hope is he will direct Episode 7, which will be the first episode of the new pod.

Were you bummed about the Emmy snub?
Cuse: Obviously, we're disappointed. We feel like we did a really good season of the show. But in the bigger picture, Damon and I are so overwhelmed by the success of the show, both critically and ratings-wise.... I mean, it wasn't our year for that to happen, and that's OK. 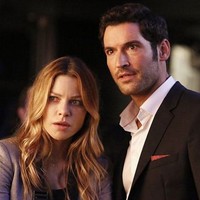 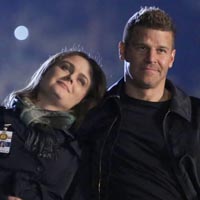 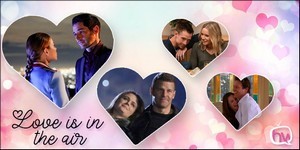